OFFICE OF THE UNITED STATES TRADEREPRESENTATIVE

Designations of Developing andLeast-Developed Countries Under the Countervailing Duty Law

In the Uruguay Round Agreements Act (URAA), Public Law 103–465, Congress amendedthe CVD law to conform to U.S. obligations under the WTO Agreement on Subsidiesand Countervailing Measures (SCM Agreement). Under the SCM Agreement, WTOMembers that have not yet reached the status of a developed country areentitled to special treatment for purposes of countervailing measures.Specifically, imports from such Members are subject to different thresholds forpurposes of determining whether countervailable subsidies are de minimis andwhether import volumes are negligible.

OnJune 2, 1998, the U.S. Trade Representative published an interim final rule(1998 rule) designating Subsidy Agreement countries eligible for special deminimiscountervailable subsidy and negligible import volume standardsunder the CVD law.See 63 FR 29945. ‘‘Subsidies Agreement country’’ isdefined in section 701(b) of the Act, 19 U.S.C. 1671(b), and includes countriesthat are WTO Members. The U.S. Trade Representative is revising the lists inthe 1998 rule, as described below, and removing the 1998 rule because it now isobsolete.

For purposes of countervailingmeasures, the SCM Agreement extends special and differential treatment to

Members in the following manner:

De Minimis Thresholds: Under Article 11.9 of the SCM Agreement, authoritiesmust terminate a CVD investigation if the amount of the subsidy is de minimis,which normally is defined as less than 1 percent ad valorem.Under Article 27.10(a), however, for a developing Member the de minimisstandard is 2 percent or less. Consistent with Article 27.11 and section703(b)(4) of the Act, the 2 percent de minimis threshold also nowapplies to least-developed countries.

Inthe URAA, Congress incorporated into the CVD law the SCM Agreement standardsfor de minimis thresholds and negligible import volumes. Section703(b)(4)(B)–(D) of the Act, 19 U.S.C. 1671b(b)(4)(B)–(D), incorporates the deminimisstandards, while section 771(24)(B), 19 U.S.C.1677(24)(B), incorporates the negligible import standards. However, in thestatute itself, Congress did not identify by name those WTO Members eligiblefor special treatment. Instead, section 267 of the URAA added section 771(36)to the Act, which delegates to the U.S. Trade Representative the responsibilityto designate those WTO Members subject to special standards for de minimisand negligible import volume. In addition, section 771(36) requires the U.S.Trade Representative to publish in the Federal Register, andupdate as necessary, a list of the Members designated as eligible forspecial treatment under the CVD law.

The effect of these designations islimited to Title VII of the Act. Specifically, section 771(36)(E) of the Actprovides that the fact that a WTO Member is designated in the list asdeveloping or least-developed has no

effect on how that Member may beclassified with respect to any other law.

Asexplained above, the distinction between developing and least-developed countries no longer matters for purposes of the de minimis

threshold: both are eligible for the same 2 percent rate. Nonetheless, for clarity and consistent with section 771(36) of the Act, this notice

and named in Annex VII(b)), provided the per capita GNP has not reached $1,000 per annum. A number of WTO Members are included on the United Nations list of least-developed countries,1 and several more are included under Annex VII(b) based upon their GNI per capita at constant 1990 dollars: Coˆte d’Ivoire, Ghana, Honduras, Kenya, Nicaragua, Nigeria, Pakistan, Senegal, and Zimbabwe.2

Based on section 771(36)(D) of theAct, in determining which WTO Members should be considered as developing and,thus, eligible for the 2 percent de minimisstandard, the U.S. TradeRepresentative has considered appropriate economic, trade, and other

2See Doha Ministerial Decision on Implementation-RelatedIssues and Concerns, WT/ MIN(01)17 (November 20, 2001) (specifying that AnnexVII(b) is to list Members until their GNP per capita reaches $1,000 in constant1990 U.S. dollars for three consecutive years; see also Updating GNP PerCapita for Members Listed in Annex VII(b) as Foreseen in Paragraph 10.1 of theDoha Ministerial Decision and in Accordance with the Methodology in G/SCM/38,G/SCM/110/Add.16 (May 14, 2019) (circulating updated calculations by theSecretariat).

factors, including the level ofeconomic development of a country (based on a review of the country’s percapita GNI) and a country’s share of world trade. The U.S. Trade Representativedeveloped the list of Members eligible for the 2 percentde minimisstandard based on the following criteria: (1) Per capita GNI, (2) share ofworld trade, and

(3)  other factors such as Organizationfor Economic Co-operation and Development (OECD) membership or application formembership, European Union (EU) membership, and Group of Twenty (G20)membership.

Similar to the 1998 rule, the U.S.Trade Representative relied on the World Bank threshold separating ‘‘highincome’’ countries from those with lower per capita GNIs.3 This means that WTO Members with a per capita GNI below$12,375 were treated as eligible for the 2 percent de minimis standard,subject to the other factors described below. Advantages of relying upon theWorld Bank high income designation include that it is straightforward to apply,based on a recognized GNI dividing line between developed and developingcountries for purposes of the world’s primary multilateral lending institution,and consistent with the test for beneficiary developing country status set outin the U.S. Generalized System of Preferences statute, section 502(e) of theTrade Act of 1974.

The U.S. Trade Representative alsoconsidered whether countries account for a significant share of world tradeand, thus, should be treated as ineligible for the 2 percent de minimisstandard. In the 1998 rule, the U.S. Trade Representative considered a share ofworld trade of 2 percent or more to be ‘‘significant’’ because of thecommitment in the Statement of Administration Action (SAA), approved by theCongress along with the URAA, that Hong Kong, Korea, and Singapore would beineligible for developing country treatment, and each of these countriesaccounted for a share of world trade in excess of 2 percent. The U.S. TradeRepresentative now considers 0.5 percent to be a more appropriate indicator ofa ‘‘significant’’ share of world trade. According to the most recent availabledata from 2018,relatively few countries account for such a large share (i.e.,more than 0.5 percent) of world trade, and those that do include many of thewealthiest economies.

For purposes of U.S. CVD law, theU.S. Trade Representative therefore considers countries with a share of 0.5percent or more of world trade to be developed countries. Thus, Brazil, India,Indonesia, Malaysia, Thailand, and Viet Nam are ineligible for the 2 percent deminimis standard, notwithstanding that, based on the most recent World Bankdata, each country has a per capita GNI below $12,375.

Section 771(36)(D) of the Actcontemplates that the U.S. Trade Representative may consider additionalfactors. To that end, consistent with the 1998 rule, the U.S. TradeRepresentative took into account EU membership, which indicates a relativelyhigh level of economic development. In addition, under section 771(3) of theAct, the EU may be treated as a single country for purposes of the CVD law and,while uncommon, there have been CVD investigations against merchandise from theEuropean Communities, rather than EU Member States. Because the EU isineligible for the 2 percent de minimis standard, it would be anomalousto treat an individual EU Member as eligible for that standard. Accordingly,for purposes of U.S. CVD law, the U.S. Trade Representative considers all EUMembers as developed countries. Thus, Bulgaria and Romania are ineligible forthe 2 percent de minimisstandard, notwithstanding that, based on themost recent World Bank data, each country has a per capita GNI below $12,375.

TheU.S. Trade Representative also took into account OECD membership andapplications for OECD membership. The characterization of the OECD as agrouping of developed countries has been confirmed throughout its existence ina number of published OECD documents, and the OECD consistently has been viewedas, and acts itself in the capacity of, the principal organization of developedeconomies worldwide. Thus, by joining or applying to join the OECD, a countryeffectively has declared itself to be developed. Although the 1998 ruleconsidered OECD membership only, given the significance of thisself-designation, the act of applying to the OECD, in addition to joining,indicates that a country is developed. Accordingly, the U.S. TradeRepresentative has determined that an OECD member or applicant should not beeligible for the 2 percent de minimis standard. Thus, Colombia and Costa

Rica are ineligible for the 2 percent de minimis standard,notwithstanding that,based on the most recent World Bank data, eachcountry has a per capita GNI below $12,375.

The U.S. Trade Representative alsotook into account G20 membership. The G20 was established in September 1999,and so was not considered in the 1998 rule. The G20 is a preeminent forum forinternational economic cooperation, which brings together major economies andrepresentatives of large international institutions such as the World Bank andInternational Monetary Fund. Given the global economic significance of the G20,and the collective economic weight of its membership (which accounts for largeshares of global economic output and trade), G20 membership indicates that acountry is developed. Thus, Argentina, Brazil, India, Indonesia, and SouthAfrica are ineligible for the 2 percent de minimisstandard,notwithstanding that, based on the most recent World Bank data, eachcountry has a per capita GNI below $12,375.

TheU.S. Trade Representative did not consider social development indicators suchas infant mortality rates, adult illiteracy rates, and life expectancy atbirth, as a basis for changing a designation. The U.S. Trade Representative didconsider that if a country considers itself a developed country, or has notdeclared itself a developing country in its accession to the WTO, it should notbe considered a developing country for purposes of the SCM Agreement.Therefore, Albania, Armenia, Georgia, Kazakhstan, the Kyrgyz Republic, Moldova,Montenegro, North Macedonia, and Ukraine are ineligible for the 2 percent deminimis standard, notwithstanding that, based on the most recent World Bankdata, each country has a per capita GNI below $12,375.

Furthermore, the 1998 rule omittedWTO Members that in the past had been, or could have been, considered asnonmarket economy countries not subject to the CVD law. Because nonmarketeconomies may now be subject to CVD law, the lists set forth in this notice donot omit nonmarket economies.

The 1998 rule included a list of‘‘developed countries’’ that did not qualify as developing or least developed.Because section 771(36) of the Act does not require the U.S. TradeRepresentative to maintain a list of developed countries, this notice does notinclude such a list.

In accordance with section 771(36)of the Act, imports from least-developed and developing WTO Members set forthin the following lists are subject to a deminimis standard of 2percent and a negligible import standard of 4 percent:

Least-Developed Countries UnderSection 771(36)(B) of the Act

Democratic Republic of the Congo

Developing Countries Under Section771(36)(A) of the Act 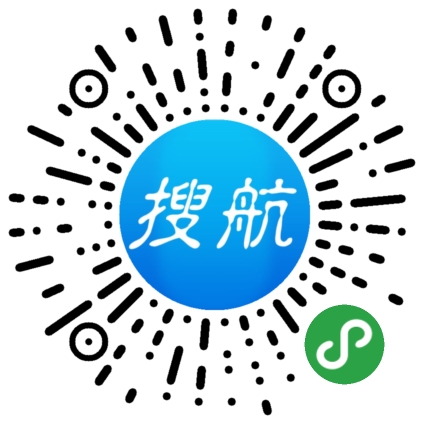